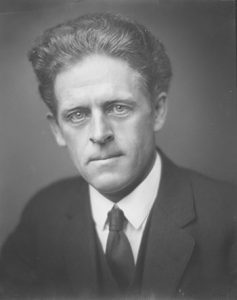 JOHN G. NEIHARDT was born in 1881, and moved to Nebraska when he was a boy. He was tremendously precocious, graduating from Wayne State College at the age of 16. He lived during an era when the Indian Wars and pioneer events that he wrote about were in living memory. Most famously, he talked with Nicholas Black Elk, who had been present at the Battle of the Little Big Horn and arrived shortly after the massacre at Wounded Knee. Neihardt published these conversations as Black Elk Speaks, which today remains his most famous work. Throughout his long life he published poetry, stories, essays, reviews, and dramas. His five book epic poem The Cycle of the West is his best known original work, and he published lyric poems as a young man. Neihardt also worked as a professor at the University of Missouri. He was designated the Nebraska Poet Laureate in perpetuity in 1921 by an act of the Nebraska legislature.